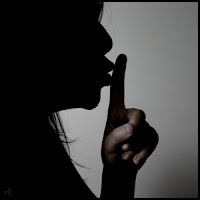 I didn’t grow up with visions of best seller lists dancing in my head. I had a wild imagination, but never made the connections to becoming a writer. So it was quite the surprise to me when I finished the first three chapters of Iron Thirst (which was once Iron Obsession).

My husband knew what was going on. He watched me write, but beyond him, I didn’t tell a soul. I hid behind my keyboard at night – my dirty little secret.  I was terrified that if I said it out loud it would stop. Or worse, people would think I flipped my skull. I mean – it was just a phase, right? Like marathon running, painting, or interpretive dance (ok – never did the last one, just making sure that you are paying attention.)

But it didn’t stop. I continued to write, keeping my new passion hidden from the world. When I realized that this was more than just a fun past time – that it was a dream – I knew I would have to go public. Come out of the writing closet. The book was nearly finished. I was halfway through act three.

I made the leap and mentioned it to a friend at work, and waited for the look. You know- THAT look, one eyebrow up, smirk, switch to dead-pan, “Oh, that’s nice.”

But it didn’t come. She was proud, excited, curious. Ok. Let’s try again.  New person. This one had dreams of being a writer and never made the leap. He had tons of questions of how to get started.

And as I continued to share, I found more and more people who wanted to write, but didn’t know where to start. So the blog was born.

Now, fast forward to WIP. I haven’t been as secretive. I talk about it, and people want to know the plot and the characters. Me, having an open door policy, tell them. Ahh, but here’s the problem.

I ran across a hole shooter. Met one? “Well, that won’t work.” “That’s been done.” “I don’t think I would read that.” Pick one. Anything negative. This is all stuff that I was able to work out on my own in the early stages with Iron Thirst, but we are still in the beginning. It’s fragile, and the negative is, well, cramping my style.

Luckily, I realized what happened and have shut the door. I’ve learned that I write much better, stronger, with the door shut. I’ll open it back up on draft two, but for now this is what works for me. I plan on keeping my little secret until it’s a fully developed story, and then I’ll beg the hole shooter to find the valleys in between the good to help make it better.

So – when you started to write, did you openly talk about it? Or was it your secret? Do you openly discuss your WIP?

Follow me. No clue where I"m going, but it should be fun.